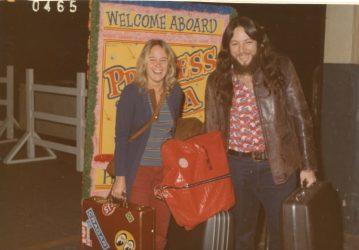 Here’s a wonderful appreciation of magician Ricky Jay by Tracy Newman, his onetime girlfriend, who shares stories and video links you’ll want to watch, too (hat tip to Ken Levine, who posted this on his blog).

Here’s one of the many things I learned from Ricky: You can really perfect something if you’re willing to do the work. Duh, you say? Well, that may seem obvious to some, but I didn’t really know that. I knew you could get something to be really good with hard work, but I thought you were wasting your time trying to perfect it. I played guitar, and my playing was good, but it certainly wasn’t perfect. When I first learned how to do a card fan, I managed to make it look really good, but it wasn’t perfect. The distance between each card varied, but when Ricky did it, the distance between each card was exactly the same. So I began the long journey of making a perfect fan. It took months and months. I got to where I could stare at the cards and imagine they were thicker, like cardboard, so I could see what I was doing wrong. My card fans became almost always perfect, and eventually so did some of my shuffles and cuts. That’s when I started getting hired for paying gigs. And I wasn’t nervous because I had the goods. That’s what Ricky had. He always had the goods.