You Were All On The Same Ballot 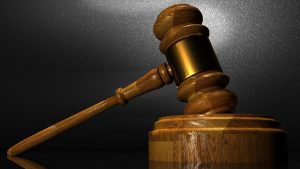 Over a hundred Republican members of the US House of Representatives (that’s more than half of them) have signed an amicus brief for a Trump-backed lawsuit from Texas to overturn the outcome of the election because of some ridiculous claims about voting in four swing states — Pennsylvania, Michigan, Wisconsin and Georgia — none of which they represent.

My question: since the entire House has to run for re-election every two years, how many of these weasels who won last month will refuse to take the oath of office in January because they believe the outcome was bogus? What about the state legislators who have proclaimed their fealty to their cult leader by signing on to the lawsuit, too?

Or do they believe Dems only “rigged” the presidential election, but not the ones for other elected offices? As I recall, all the candidates for all the offices in each state were listed on the same ballots.

Needless to say, the lawsuit offers no evidence of anyone doing anything improper or any irregularities. Like all the others filed by Trumpophiles in the last month, it defined the word “frivolous.”

Remember, these geniuses are among those who make our laws, yet lack the brain power to understand how they work.