You Can Wish Me A Merry Christmas 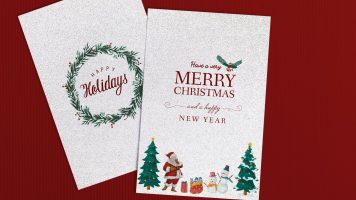 At work yesterday, I said “Merry Christmas” to a colleague who was leaving early to start his long holiday weekend. Knowing that I was raised Jewish (but now practice no religion), he responded, “Thanks, and Happy Hanukkah to you!”

I held my tongue instead of saying, “Um, thanks, but Hanukkah ended several days ago. Wishing me Happy Hanukkah today would be like wishing someone a Merry Christmas on December 30th.” The reason I didn’t say anything was because I know that he didn’t know when Hanukkah was, but he assumed it was always at the same time as Christmas, as if it were a Jewish version of that holiday — which it isn’t — and I wasn’t up to explaining the difference yet again. Besides, I appreciated his attempt at inclusion.

There was a time in my life when, if someone said “Merry Christmas” to me, I’d be offended by their assumption that everyone celebrates that Christian holiday. But then I became less defensive when I realized that, even though Christmas means nothing to me, I can still have a merry day. There’s nothing wrong with “merry.” In fact, Christmas is the only day of the year to which that adjective should be appended. No one ever says, “Have a Merry Thanksgiving, Stephanie” or “Merry Arbor Day, Bill!”

These days, I not only accept all merry wishes, I even offer them. So, from my family to yours, may you have a very Merry Every Day.