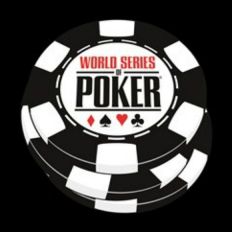 I spent several days last week at and around the World Series Of Poker in Las Vegas. Some random observations:

I wasn’t happy to see that the WSOP no longer provides chip runners for the cash games, but understand the decision after hearing the explanation. When buying into a cash game, you used to be able to take a seat, pull out your cash, hand it to a WSOP employee in a red shirt with a name badge, and they would go to the cashier cage, buy your chips, and return them to you. This kept a game flowing and allowed players to not only make their initial purchase, but also re-buys, without having to leave the table. The chip runners also made some money because most of us tipped them a buck for their help.

Unfortunately, some unscrupulous people took advantage of the situation last year. Wearing similar outfits to the actual WSOP employees, they went to several cash game tables, collected the money from players, then simply left with it. It would be the equivalent of handing over the keys to your car at a valet parking spot, but the guy taking them wasn’t affiliated with the company at all.

Enough people must have been ripped off that the WSOP decided to end the chip runner program entirely. Now, cash game players must buy their own chips at the cage before sitting down at a table to play.

Speaking of ripoffs, among the vendors in the long hallway at the Rio that divides the tournament rooms (which all players must pass through at some point) was a company that continues to sell ion power bands. Those have been debunked numerous times and do nothing for your health or balance, yet gullible people still fall for them. It doesn’t hurt that the sales force is made up of attractive young women, who have no trouble getting attention from the mostly-young-male demographics of the WSOP. Still, shame on them for allowing such a scam to be sold on their premises.

Each year that I attend the WSOP, I look forward to seeing one waiter running drinks in the Pavilion section where the cash games take place. His name is Hector, and he must work every day, 12 hours a day. He never has time to stop and talk because he’s so busy — and he understands that the more people he serves, the more tips he collects — but I always make a point of saying hello and getting a bottle of water from him. To Hector’s credit, he never hits the floor without a tray full of water bottles, because he knows that each one he hands out means another dollar in his pocket.

But don’t ask Hector for a napkin. He doesn’t have any, and neither do any of the other waiters or waitresses, because the WSOP doesn’t allow them on the tables. I’m sure the thinking is that cards and/or chips can get lost (or hidden) under the little paper squares — but there’s no such rule at Bellagio or The Wynn, and I’ve never heard of a problem at either of those properties. However, like the chip runner ripoff, the WSOP must have applied the no-napkin rule because it did have issues in the past.

One last item: the ban on Uber and Lyft drivers picking up and dropping off at McCarran Airport has been lifted. Apparently, the ride-sharing companies wrote a big check to whoever needed to be convinced (i.e. bribed) to allow them to service fliers. After learning this, I took a Lyft to the airport as I was leaving town, and it was much cheaper than a regular Vegas cab (as was the case anywhere else I went, on or off the strip). That driver told me that the Uber/Lyft pickup area at McCarran is a little bit hard to find, which is deterring some passengers from using the services, but I’m determined to find it next time I’m there. I’ve never had a bad experience with drivers from either company, and they’ve always been less expensive than taxis.