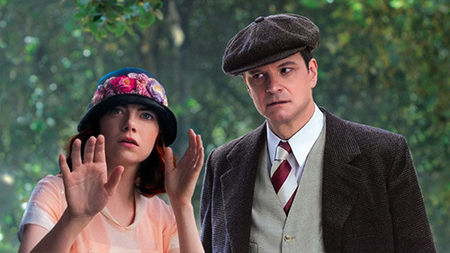 Being a Woody Allen fan does not mean liking everything he does. The man makes a movie a year, and no one could keep up that pace and create a cinematic success every time. While his early movies like “Play It Again Sam” and “Sleeper” gave way to classics like “Annie Hall” and “Manhattan,” his output lately has been only so-so. For every “Midnight In Paris,” there’s a “To Rome With Love.” For every “Blue Jasmine,” there’s a stinker like his latest, “Magic In The Moonlight.”

The latter disappointed me as both a moviegoer and a skeptic, since the plot revolves around a world-famous magician who also has a reputation as a debunker of all things paranormal. Allen sets the movie in the 1920s, a time when Harry Houdini was spending the last years of his life exposing spiritualists and other fakers. Allen’s hero (Colin Firth) is asked by a friend to go to the south of France and investigate a young woman (Emma Stone) who claims to be psychic and has her hooks into a wealthy widow who believes in that sort of nonsense.

Stone is both cute and talented; she plays the ingenue well. The problem is that her scam is paper-thin, yet Firth, the so-called expert in these matters, can’t seem to punch a hole in it. Instead, he starts falling for her beguiling ways, despite the difference in their ages (what a shock to find an older man/younger woman romance in a Woody Allen film!). Worse, he starts believing her nonsense, too. He is so taken in that he changes his mind and declares her paranormal activities authentic — something no true skeptic would ever do after simple observation but without double-blind testing.

I could hear James Randi, our generation’s leading debunker (whose Million Dollar Paranormal Challenge still stands), screaming at the screen all the way from his home in Florida. Because even the most casual viewer can see how the scam is being pulled off, when it is revealed, it is anti-climactic.

The only reason I was glad to get to that point was that it meant that this claptrap was almost over.