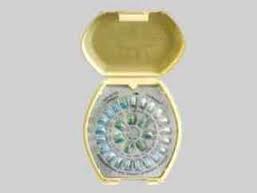 Why is Hollywood so enamored of this tired plot device? I’m certain that TV writers know about contraception, but time and again, they introduce unwanted pregnancies into shows that don’t need them. This, despite current teen pregnancy rates being at a 25-year low. Worse, they often have the young girl carry the child to term and then raise it, in what is usually a dysfunctional family.

Ever since Ellen Page made pregnancy cute in “Juno” and Katherine Heigl gave birth to Seth Rogen’s offspring in “Knocked-Up,” Hollywood has acted as if it never heard the word “abortion,” let alone “condom.” I’m not suggesting that TV teens adhere to an abstinence-only script, but that, in the 21st century, these girls should be on the pill (which has been available for a mere fifty years!) and the show-runners should get away from this cheap, hack plot point.

As for the three shows, the only one I’ll give another shot is “Blacklist,” because of James Spader’s compelling performance, right out of the Anthony Hopkins/Hannibal Lecter playbook.