What I’m Not Watching 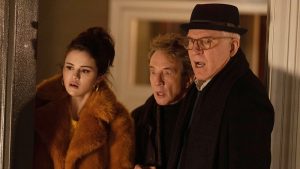 I watched about half of the first episode of Hulu’s “Only Murders In The Building” before I gave up. I was turned off by the performances of both Steve Martin and Martin Short. The latter acts every scene as if he’s desperate for attention (a la Ed Grimley), while the former plays his character as if he knows he’s in a satire. No one in a show like this should ever play it anything but straight, but both Martins overdo it so much I had to turn away. 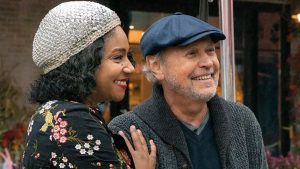 I felt similarly about “Here Today,” the movie Billy Crystal directed, co-wrote with Alan Zweibel, and stars in with Tiffany Haddish. As he did with “Mr. Saturday Night,” Crystal goes too often and too quickly to the sappy well, including too many scenes designed to tug on our heartstrings. Worse, the comedic setups for Haddish are far too broad, as is her performance, which telegraphs every joke. I could only make it through the first of the two hours of “Here Today.” Judging by the box office (barely $2 million), I still saw more of it than almost anyone else. 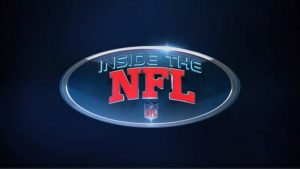 I was a fan of “Inside The NFL,” from its days on HBO with Len Dawson and Nick Buoniconti to its move to Showtime with Phil Simms, Boomer Esiason, Brandon Marshall, Ray Lewis, and James Brown. While they were the top-billed stars of the show, its best segments were always the NFL Films highlight packages, narrated so well for many years by the late Harry Calas and (later) Scott Graham. Unfortunately, Showtime’s corporate owners at Viacom have moved the show to their new streaming service, Paramount+, thus guaranteeing I’ll never see it again. 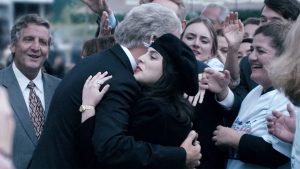 I’m also not bothering with “Impeachment: American Crime Story” on FX, because I have no interest in reliving the Clinton/Lewinsky scandal, nor seeing the political infighting of the late 1990s — a clear antecedent to our current poisoned atmosphere. One more reason I won’t watch the series: I have no desire to even think about Linda Tripp ever again.