I’m at the Commerce Casino outside Los Angeles with a few friends from St. Louis for a poker weekend, and we’re having a good time.

Two of our foursome have never been here before, and I enjoyed the looks on their faces when they first walked into the main card room and saw 100 tables — and that’s only one of three huge rooms they have here. Not only are there plenty of games, but there’s lot of action, too; much looser than anywhere else we’ve played. Yes, there are lots of poker pros grinding out a living here, but enough tourists and just-plain-bad players to make it worthwhile.

My Commerce-rookie friends are also amazed at the variety of good food players can order and have served at the tables at no charge — even if you’re just waiting for a game. It’s not just typical pizza-and-burgers casino food, either. They’ll bring you all sorts of Asian food or shish kebab or a huge salad or an omelette or an entire melon sliced up into pieces. Whatever you want, gratis. Just tip the waitress a couple of bucks each time and you can eat three solid meals a day.

A nice change since the last time I was here is that the hotel now offers complimentary high-speed internet — both wired and wireless — in the rooms. I brought my MiFi along for the trip, but it’s nice that I don’t have to use it and eat up the bandwidth on my data plan to avoid the $10-15/day many hotels charge to connect.

One of the problems with staying and playing here is that I sometimes forget to go outside. When I stepped out the door this afternoon, it was sunny and eighty degrees — really perfect weather. I enjoyed it for almost five full minutes before returning to my pot-limit-omaha game inside.

Aside from the weather, the other way I know I’m in LA is turning on the local TV newscasts. The two lead stories at 6pm tonight on KCBS-TV were Charlie Sheen and Lindsay Lohan. The anchors are uniformly attractive in a way designed to appeal to all ethnic groups, and this may be the only place in America where the weather lady looks like this… 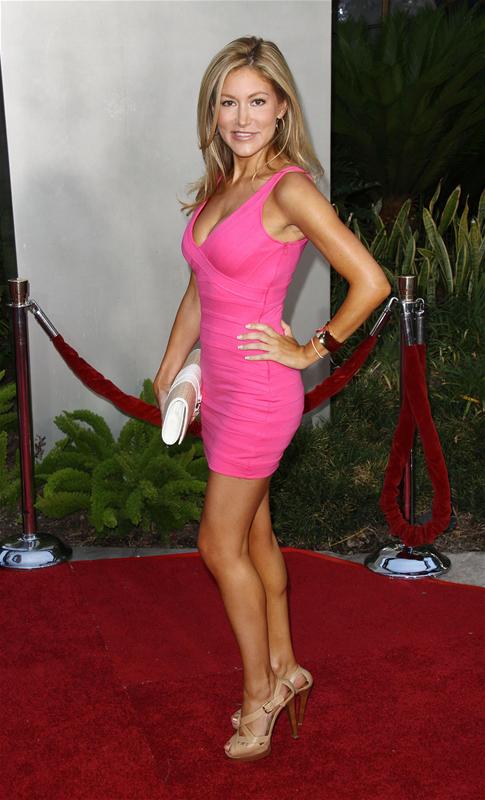