We Already Know Who You Are 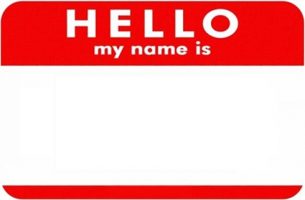 Yesterday, I linked to a clip from Jim Jefferies’ Comedy Central show, which I enjoy from time to time — even though it includes one of my broadcasting pet peeves.

Really? I thought you were Kelly Ripa. [Side note: Ripa’s former co-host Regis Philbin, who’s in the Guinness Book Of World Records for the most hours on US television, never said his own name at the beginning of his morning TV show.]

Jefferies is not the only offender. Stephen Colbert and James Corden do it, too. And it’s not just people on TV.

I once worked on the same station as a guy I’ll call Mike Simon. Like Jefferies’, Mike show began with a recorded intro that began with a song he let play for way too long before the Voice Of The Station told us that we were listening to The Talkback Show, starring Mike Simon. As the music continued, this went on three times before the announcer finished with, “Now here’s your host, Mike Simon.” Yet, when Mike Simon cracked the mic to open the festivities, the first thing he felt he had to do was tell us that he was, indeed, Mike Simon, thus clearing up any confusion.

The practice of repeating your name is even more unnecessary on podcasts. In that medium, if I want to listen to a certain episode of your podcast, I have to proactively click it on my phone screen to begin listening. Whether I stream or download it, I know what I’ve chosen and who you are. There’s no need to tell me again — regardless of whether you do it yourself or some professional announcer does.

It’s not like you’re a radio host who someone might just happen to come upon — although that’s a phenomenon that doesn’t happen much as much as it did when you had to physically turn a knob to move the little red line through the band (AM or FM) to find a station to listen to. That method became obsolete when car radios got buttons you could preset for your favorite stations, and now, those buttons are all digital, so there’s no dialing around at all. In fact, with Apple CarPlay and Android Auto, you don’t even have to touch the controls — you just tell the system what audio source you want to hear. Still, you know whose show you’ll get because you have intentionally opted to listen to it, so there’s no need for self-identification.

One last point on this subject. For the most part, unless they have an entourage of people who share the airwaves, talk radio shows do not need any title other than the host’s name. Years ago, when I was lured away by a big contract offer from a competing outlet — a stodgy place where all the other shows had names — I was asked what they should call mine. I replied, “The Paul Harris Show, just like it was on the other station where I had higher ratings than you.”

After all, the host’s name is the only thing listeners remember. If you don’t believe me, ask Howard Stern, Dave Ramsey, or John and Ken.