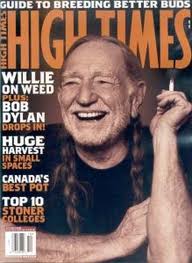 Over the weekend, Willie Nelson was busted for drug possession (again) when an officer found six ounces of marijuana on his tour bus.

I’m not sure what the criminal penalties are in cases like this, but it makes no sense to waste the time of police and the criminal justice system by prosecuting Nelson, or even getting on board that bus in the first place. He quickly posted bond, and even Texas isn’t going to send him to jail.

So, what was accomplished? The arrest won’t act as a deterrent. At age 77, Willie’s not going to stop smoking dope, nor are the people around him. The confiscated six ounces makes about as much a dent in Willie’s stash as a fat guy dropping one pound on “The Biggest Loser.”

It’s also not going to stop a single person from acquiring marijuana (“oh, no, they busted Willie, so I have to give up grass!”), since anyone who wants to buy it knows at least one person who can get it for them. I say this as a person who hasn’t touched a joint, pipe, or bong in over 32 years, but if I wanted to, I could score some pot in about five minutes.

Meanwhile, the cop that busted Willie works for the US Border Patrol. You’d think they have something more important to do. I hear Lindsay Lohan is planning a trip to Mexico.