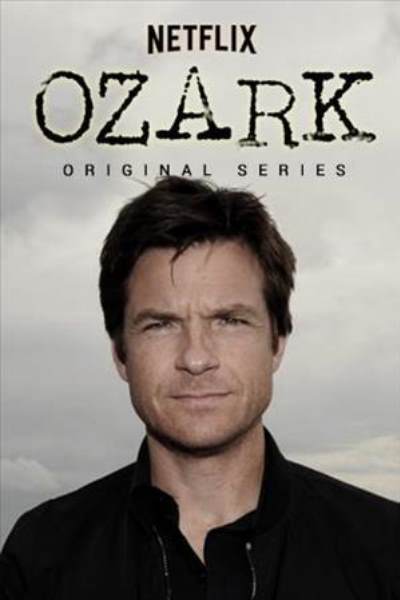 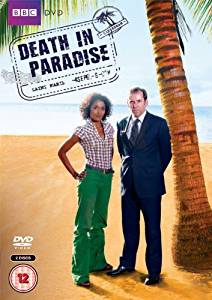 There are two series streaming on Netflix that my wife and I enjoyed enough to recommend to you:

One is “Ozark,” starring Jason Bateman as a man who cleans money for a Mexican drug cartel. When things go bad in his hometown of Chicago in the first episode, he’s forced to move his son, daughter, and wife (Laura Linney, terrific as always), to the Lake Of The Ozarks, which is in the middle of Missouri about 3 hours away from St. Louis. There, he still has work to do for the cartel as he gets involved with various local characters — both savory and not so much — while keeping both the law and his bosses off his back.

The series (a Netflix original with ten episodes in this first season) is very well made. I’d liken it to “Breaking Bad,” but that’s too high a bar of excellence. Suffice to say if you liked that, you’ll probably like “Ozark.” And major kudos to Bateman, who also directed many of the episodes, for keeping the tone consistent and the casting just right. Although the show portrays several seedy people from the area, I wouldn’t be surprised if it also makes some viewers plan vacations at The Lake, because it sure looks beautiful on screen.

The other recommendation is “Death In Paradise,” a combined project of the BBC and France 2 that has aired for six seasons in both countries, and will return for a seventh in 2018. It takes place on the fictional Caribbean island of St. Marie, where a British detective named Richard Poole is sent to investigate the murder of another British cop. He’s the kind of Englishman who’s uncomfortable in the sun and sand, creating a fish-out-of-water aspect for a guy who wears a dark suit and tie every day on an island where everyone else dresses much more casually and comfortably.

After his initial case, Poole stays on St. Marie, where he is assisted by two male officers (Dwayne and Fidel) and one female detective (Camille) from the local police force. Camille is played by Sara Martins, who even my wife describes as one of the most beautiful people she’s ever seen.

Each episode is self-contained like all police procedurals, with the brilliant Poole gathering all the suspects together, Poirot-like, to announce who the murderer is as the hour closes. Incidentally, my wife, who reads mystery novels by the dozens each year, has yet to figure out the identity of the murderer in any episode we’ve watched (about 15) thus far. That both frustrates and fascinates her, so we’ll keep watching.

“Death In Paradise” is a lot of fun, but considering how many people have died over the show’s run, St. Marie seems like a place you might not want to visit, if it were real.