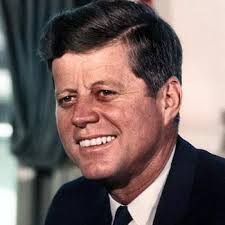 With the 50th anniversary of JFK’s assassination a few days away, I invited two experts to discuss it on my America Weekend show, and have combined them in a double-length podcast of about 20 minutes.

First up is John McAdams, an associate professor at Marquette University who participated in last week’s PBS Nova special, “Cold Case JFK,” and author of “JFK Assassination Logic: How to Think About Claims of Conspiracy.” I asked him what he learned from that show, what errors in logic conspiracy theorists make, how harmful to the truth some TV shows and movies have been, and what this case tells us about the reliability of eyewitness testimony. He also explained who Jack Ruby was and how he killed Lee Harvey Oswald.

Second, you’ll hear Dave Reitzes, who maintains JFK-Online.com, and author of a recent cover story in Skeptic magazine, “JFK Conspiracy Theories at 50: How The Skeptics Got it Wrong and What Matters.” I asked him what they got wrong, how law enforcement caught Oswald so quickly, and whether he’s annoyed that Oliver Stone’s being honored at the St. Louis International Film Festival with a showing of his “JFK” movie (which Dave debunks in detail on his site).