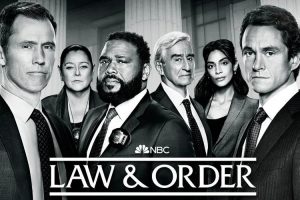 It’s been 12 years since the original “Law and Order” ran out of steam and even more since my wife and I stopped watching the show entirely. We were never drawn to any of its myriad spinoffs and, based on the series premiere of NBC’s reboot, it’s highly unlikely we’ll start watching it again regularly.

We only decided to give the new version a look because it marked the return of Sam Waterston, a favorite of ours all the way back to his supporting role in the movie, “Hopscotch” (which I reviewed two years ago when I added it to my Movies You Might Not Know list). Unfortunately, this new “Law and Order” fell completely flat and didn’t come close to doing the original series justice, if you’ll pardon the pun. Its plot was based on the Bill-Cosby-released-from-prison saga, with Broadway legend Norm Lewis playing the newly freed rapist celebrity who’s gunned down outside his apartment building in the first few minutes.

Anthony Anderson was back, too, as homicide detective Kevin Bernard, now teamed with Frank Cosgrove (Jeffrey Donovan), who was supposed to have an old-school sensibility, but bears was no trace of the trademark wit and humanity of Jerry Orbach’s Lenny Briscoe, the best-over (and most old-school) of the “law” side of the show in its heyday. Worse, as their boss, Camryn Manheim (so good on “The Practice” a couple of decades ago) had virtually nothing to do except watch over the leads’ shoulders as they looked at their computers. To be frank, there was never much for S. Epatha Merkerson to do when she played a similar part, but she made the best of it — and the writing was better, too.

On the “Order” side, Hugh Dancy was entirely wrong for the lead prosecutor role, with a stiffness and stubbornness that wouldn’t win over a single member of a jury. Same on Dick Wolf and his team for not giving that spot to Odelya Halevi, who instead had the thankless task of playing an assistant assistant district attorney. “L&O” has a long history of casting women as judges and defense attorneys, but the producers blew it by relegating Halevi to near-sidekick status.

As for Waterston, he remains a stalwart performer, but the show was so much better when he was cross-examining witnesses in the courtroom, rather than sitting around his big DA office asking Dancy questions that didn’t add a whole heckuva lot to the proceedings. Oh, he and Dancy each got their chances to speechify, but their words were quite tone-deaf, particularly one contemptible line about “defunding the police.” And don’t get me started on the reappearance of Carey Lowell, whose character from the original series was unnecessarily wedged into the story like a fourth piece of toast in a club sandwich.

While “Law and Order” was always a show that thrived through multiple cast changes, this revised and updated version left such a sour taste in our mouths we ended up with the same scowl that was omnipresent on the face of Steven Hill as DA Adam Schiff thirty years ago. Did that guy ever have a happy moment? He wouldn’t if he saw what they’ve done to his show.