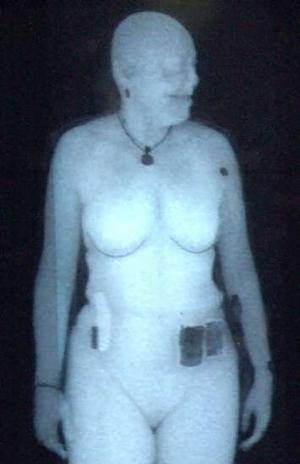 Remember those new high-tech devices the TSA installed in airports, the ones that could see through your clothes to show whether you were carrying a concealed weapon? The government loves the technology so much that, two weeks ago, Homeland Security Secretary Janet Napolitano announced that the scanners would soon be used at every major US airport. They’re at other government-screened facilities, too, like courthouses.

Privacy advocates have long complained that this is too much to give up in the name of security, allowing screeners at checkpoints to see details of your anatomy (and your wife’s and child’s) that you probably would rather keep covered. But the feds told us not to worry, because those images couldn’t be stored and would thus be discarded almost immediately.

Previously on Harris Online: here’s a piece I wrote on the subject of those backscatter x-ray machines earlier this year.