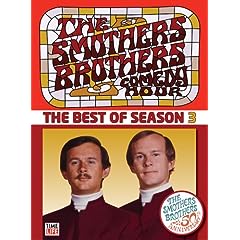 The Smothers Brothers are coming to town, so Tommy Smothers was on my show this afternoon to promote the show and talk about the history of their legendary act. Among the topics we discussed: