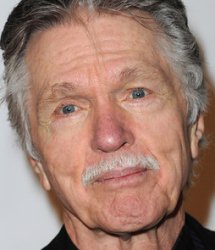 Tom Skerritt has appeared in more than 40 movies and 200 television shows in the last five decades. His resume includes “Aliens,” “Top Gun,” “Contact,” and an Emmy award for “Picket Fences.” Later this year, you’ll see him as General Ulysses S. Grant in “Field Of Lost Shoes.”

Today on America Weekend, I talked with Skerritt about The Red Badge Project, an organization he started to help returning war veterans recover from PTSD and other war-related mental health issues. We discussed that, as well as his work in the original “M*A*S*H” movie and several episodes of “Cheers.”