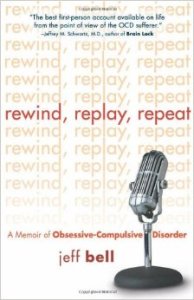 Here’s my conversation with Jeff Bell, who suffers from an extreme form of obsessive-compulsive disorder, which he writes about in his book, “Rewind, Replay, Repeat.”

Jeff is the afternoon anchor on all-news KCBS/San Francisco, but his bosses and co-workers had no idea he suffered from OCD — despite the fact that he had to take cabs to cover stories because if he drove himself, he’d end up going around in circles to make sure he hadn’t run someone over. We discussed that, the impact this has had on his personal life, and how he’s been able to get it under control.