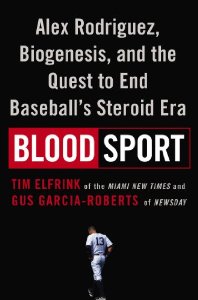 In January, 2013, Miami New Times reporter Tim Elfrink broke the story of Alex Rodriguez and Biogenesis, the company that was supplying him with performance-enhancing drugs. That story led to a Major League Baseball investigation, and the eventual suspension of A-Rod and 14 other players. Now, Elfrink has continued his reporting in “Blood Sport,” and joined me on KTRS to talk about it.

We talked about how the secret unraveled because of a single debt Biogenesis owner Tony Bosch didn’t pay, whether A-Rod will be back in Yankees pinstripes next season, and whether steroids are still a problem for baseball. Listen, then click here to subscribe to these podcasts via iTunes!