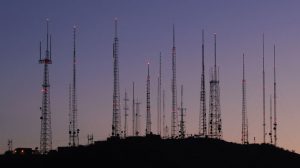 Since I did my last show three and a half years ago, I haven’t spent much time listening to radio. But over the last week, there have been occasions when I turned off the podcasts I usually listen to in the car and poked around some local talk and sports stations to see if I’d hear anything worth my time. Instead of gripping content, I heard three of my radio pet peeves.

First was a talk show originating from some restaurant I’ve already forgotten the name of. I was forced to do remotes like that several times in my career, and I always hated it. The only reason they exist is so the sales department can get the restaurant owner to pony up a few hundred dollars. Worse, the hosts always have to interview the place’s manager or owner, who rarely has anything interesting to say, which is why they’ve never been asked to be the guest on any radio show before.

Then there are the on-air pleas to listeners to “stop by and enjoy the fun,” which doesn’t actually exist. Most of the people having lunch aren’t even aware there’s a radio broadcast taking place a few tables away from where they’re trying to down a burger and fries before heading back to the office. Thus, they go on with their conversations, creating a background hum of apathy. I can tell you from personal experience how depressing it is to be speaking into a microphone in the middle of a roomful of people who couldn’t care less what you’re saying or doing. Or were even aware you were there.

The vast majority of radio remotes exist solely to squeeze out a few extra bucks for the station, none of which ever go into the talent’s pockets. As far as management’s concerned, it doesn’t matter that the content is below par — as long as the check clears.

Second on my pet peeve list was a show with a recorded intro by a deep-voiced announcer who said something like, “This is the Scott Rogers Show, with your host Scott Rogers.” That was followed by the obligatory recitation of the call-in number, text line, and website, concluding with, “now, here’s Scott Rogers!” And what was the first thing out of the mouth of this brilliant host? “Hi, I’m Scott Rogers, welcome to the Scott Rogers Show!” In his defense, this guy’s far from the only offender. Stephen Colbert does the same thing practically every night on “The Late Show With Stephen Colbert,” as do some other hosts who must be terribly insecure about consumers forgetting their names.

The third thing that bugged me was a host who, coming out of a commercial break, rolled right into “Peg” by Steely Dan as his transition from the spots to whatever he was going to talk about. But he didn’t just use the music for a few seconds and then jump in to begin the segment. He let the song play through its entire first verse before turning it down and opening his microphone.

I hate this for multiple reasons. One is that, inside my brain, I’m still the Top 40 disc jockey from the beginning of my career who took pride in being able to talk up any song right to the post. That’s radio lingo for saying something clever over a song’s musical intro and finishing just as the vocalist starts singing. The goal was to never step on the lyrics. It’s an art that’s long lost in this era where people on the air record their voices ahead of time into computers, which then fit them over the music.

“Talking it up” was a vital part of my radio upbringing, learned by listening to some brilliant DJs like Dan Ingram. So much so that when Martha and I started dating, she had to get used to being quiet in the car while the radio personalities were speaking, and then continue our conversation during the songs. It’s an art I still practice today whenever I hear a tune from my music radio days. Even without a label telling me how long the intro is, I can still hit it perfectly, complete with a call letter mention!

The other thing that annoys me about letting the song play so long is that there are listeners who love “Peg” (or whatever song is used for this purpose), so when it starts right up out of the commercial and then is allowed to go on and on, they’re disappointed when the host interrupts it. The solution is easy — only use the first 5-10 seconds of a song’s intro, thus allowing you to get back sooner to what, as the host, you consider the most important aspect of the show: YOU.

That is, unless this is the segment in which you’re compelled to interview the restaurant’s busboy. Then, let Steely Dan play all the way through.