There’s Really Nothing On 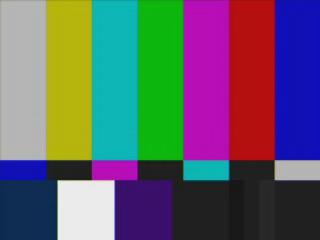 While browsing through TV channels this morning, I came upon something I hadn’t seen in a long time — color bars. Oh, they occasionally pop up on newscasts when a satellite feed drops out, or when a switcher hits the wrong button in master control, but these color bars were onscreen for quite a while.

I went to the on-screen guide to see what was scheduled for that time and was surprised to read “Off The Air.” Off the air? A television network? We haven’t had TV stations go off the air since cable became a fixture of the media landscape. It’s been a long time since any outlet “ended the broadcast day” with the national anthem and those color bars. Everyone’s on the air 24/7, even the local stations. When they’re not running network shows or their own newscasts, there’s always a syndicated show or infomercial to kill time with.

What makes it odder is that the channel I came across this morning was the west coast feed of one of Cinemax’s networks (More Max HD West, to be specific). It’s hard to fathom that they don’t have enough programming to fill every available half-hour — particularly since, unlike their competitors, premium cable networks can start a new show at any point in the hour. They don’t have to wait for the big hand to point to 6 or 12.

Somewhere inside Cinemax, there’s probably someone working on ensuring that this hole in their schedule doesn’t recur. They could fool those lonely late-night viewers by changing the title in the on-screen guide from “Off The Air” to “We Have Nothing On.”

Or, better yet, “Bikini Color Bars.”