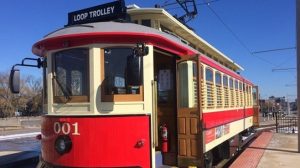 The geniuses who run transportation in the St. Louis area have decided to give the failed Loop Trolley another shot. That’s despite — as Daniel Hill explained in the Riverfront Times — the fact it cost “more than $50 million in state and federal tax dollars to build and generated only $32,000 in ticket sales before literally breaking down on its last day of regular service.”

It turns out that not reviving the money pit trolley would require the city’s agencies to repay the federal government $37 million — but getting it running again would only lose an additional $22 million. So they’re gonna save us $15 million dollars.

I don’t know why I was ever opposed to this brilliant scheme in the first place.