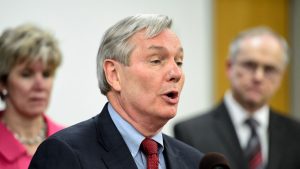 My neighbor recently took his car to a local service station for an inspection and was shocked to see that none of the employees — including the cashier — were wearing face masks. He asked why, and was told, “We don’t believe we need them anymore.” He’s in his mid-seventies, making this a matter of life and death for him, so he explained, “You should wear them to protect me.” As he told me this story, he vowed never to go back there again.

It’s sad to see so many Americans acting like the coronavirus crisis is over, even as the rates of infections and deaths ar= growing in many of the states that have reopened. They act as if masks and social distancing were bad things, and their willingness to discard those precautions are a major reason for the new projections saying another 100,000 Americans will die of the virus by September.

Another factor is that Dr. Fauci and other health officials, at both the federal and local levels, are no longer appearing regularly on television and in press conferences to reinforce the continuing danger — nor is the White House task force even meeting regularly anymore. In that information abyss, people are picking up unscientific advice being spread on social media and through friends who “heard it’s okay now.”

This morning, I read an interview with Dr. Michael Osterholm, an internationally known expert in infectious diseases. It’s rather long, but one section stuck in my mind. It’s now my answer to anyone who says that the United States should have followed Sweden’s lead in allowing COVID-19 to run its course, infecting a lot of people who would then build up antibodies to fight it and moving the country towards herd immunity more quickly. By doing so, the thinking went, the country wouldn’t have had to close down all of its businesses and would have avoided the economic impact that will linger for quite some time.

As Osterholm explains, that thesis couldn’t have been more wrong:

First of all, the Sweden model no longer exists. It was a myth to begin with. And it now is even being heavily criticized within Sweden to the point where there’s actually a criminal investigation going on about what did or didn’t happen in their long-term care. Sweden has one of the highest death rates in the world in terms of number of people that have died per population. They have not advanced any meaningful way towards a herd immunity level and are not much higher than the United States is right now. And they recognize in retrospect that maybe they didn’t accomplish all that they thought they were going to.

The adjoining countries of Denmark, Finland, and Norway – who did go into more extensive lockdown activities — have kept their death rates significantly lower than Sweden has. And they’re bringing back the economy, very similar to Sweden is doing. So, I think that one of the problems we have is everybody seems to have a magic answer for what’s going on. And my response is that it might be a magic answer today, but let’s wait a week and see what happens. And that has happened time and time again. We’ve heard about how China was successful in tamping down that initial outbreak in Wuhan and throughout Hubei. But now we see they’re having a resurgence of infection with large parts of Wuhan now being tested again and other major outbreaks in China. So everyone may have a perfect solution today, but following my leaky bucket concept it may not be that way tomorrow at all.