The History of Saturday Night Live 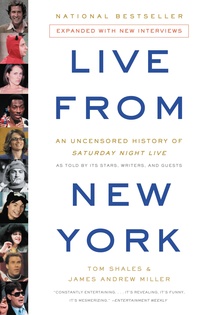 A dozen years ago, James Andrew Miller and Tom Shales published the definitive book about “Saturday Night Live,” entitled “Live From New York.” It was an oral history of the show, as told by its performers, producers, and writers.

Now, as “SNL” is about to embark on its 40th season, Miller has revised and updated the book with interviews with the people who have worked on the show since then. Both the original and new version are fascinating reads, so I invited Miller to join me on KTRS to discuss: