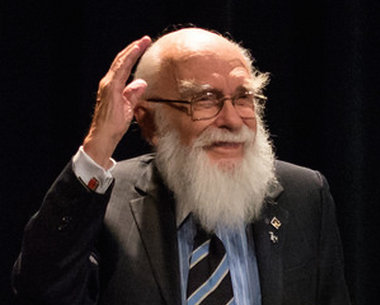 It’s been awhile since James Randi was on my radio show, so I was happy to have him back today to discuss the documentary about his life, “An Honest Liar,” and the upcoming Amazing Meeting (July 16-19 in Las Vegas).

I started by asking Randi about the first time he saw a magician onstage, and how that started him on a path to performing. Then we discussed how, while doing a mentalism routine, he encountered people who refused to believe it was a trick — they were sure he had paranormal powers — including a United States Senator. That led to my asking Randi whether, after his decades of effort in promoting critical thinking, he grew frustrated as the country has seemed less interested in evidence-based information (with homeopathic products still on the shelves of Walgreens and CVS, faith healers still conning people, anti-vaxxers, etc.).

We also discussed whether the belief in nonsense is as much a problem around the world as it is in America, and how to get more women involved in the skeptical movement. Listen to our conversation here.