Student Suspended for Photos of Teacher 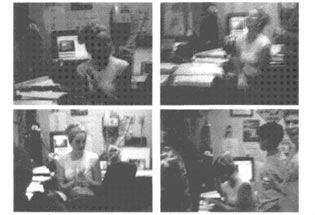 Logan Glover was in his language arts class at Lafayette HS on November 20th when he took out his camera and shot a few pictures of teacher Jessica Hauser during some free time. When he got home that afternoon, he posted a few of them on his Facebook page.

The photos were not lewd, and he didn’t add any captions, but they still created a problem — a couple of weeks later — when school officials confronted Logan about the pictures and he took them off the site. Still, the school suspended him, claiming he’d caused a disruption in the classroom by taking the photos surreptitiously, and another disruption when they became the subject of discussion among students in the school.

Logan didn’t take these pictures with a cell phone. He used a regular camera, which isn’t covered in quite the same way under school rules. What the school district needs to put in place is a policy that says students may not use any electronic devices in class — cell phones, beepers, pagers, cameras — except in an emergency. In particular, cameras of any kind are problematic because you’ll always have students taking pictures of exams and sharing them with friends.

The Glover family didn’t like that Logan was suspended and moved to another teacher’s class. Today on my show, Mark Sableman, attorney for the Glover family, explained why they have filed suit against the school district on First Amendment grounds, and what they want as a remedy. I also spoke with Kim Cranston, spokeswoman for Rockwood schools, who explained district policy and Ms. Hauser’s reaction.