Stop With The Spoiling 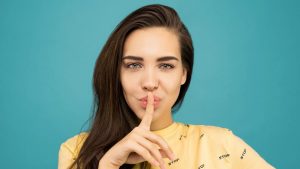 If you read my movie, theater, and television reviews, you may notice that I go out of my way to not share important plot points and twists. There’s a certain amount of story revealing which must take place so you understand what the project is about, but I try my best not go over the line that separates summarizing from spoiling.

In recent years, this approach has become less and less the norm. I make it a point not to read what anyone else has written before I compose my review. But once I’ve clicked “publish,” I do look around to see how my opinion compares with those of critics I respect. Unfortunately, it has become common to violate the reader’s trust by giving away far too much information, particularly about what takes place in the second half of a movie or later episodes of a TV show.

For instance, in the review I posted yesterday of “Prima Facie” (the London stage play starring Jodie Comer in a performance that knocked me out), I mentioned that there’s a twist, but didn’t say what it was. Yet when I searched out reviews on the websites of two prominent British newspapers, they both gave away plot points they shouldn’t have.

When I’m invited to a press screening, I’ll read nothing more than a brief description. Based on that, I’ll decide if I want to attend — but then I don’t want to know anything else about it until I have actually seen the movie or show.

I even conspicuously avoid trailers. There was a time when they were teasers, giving viewers just enough to entice them into the theater to see more. None did that better than the twenty-second promo for the Thanksgiving 1991 release of “The Addams Family.” It began with a blank, black screen and the instantly-recognizable opening riffs of the TV show’s theme song. The music stopped before the vocals began, and the screen was filled with text: “Spend time at the movies with the family. More later.”

That was the whole thing. No clips, no names of the actors or the director. Everyone in the room knew what it was, and you could hear the excitement in the room from that minimalist presentation.

Now, it seems the people who create those trailers feel an obligation to fill them with the highlights of the movies, which often give away dramatic surprises, the films’ funniest lines, or grand reveals. That’s not teasing, that’s condensing.

By the way, I’m not talking about podcasts like “Reel Spoilers,” which I’ve appeared on many times. Its hosts — Kevin, Tom, and Joe — specifically warn you to not listen until after you’ve seen the movie (or have no plans to). In fact, there have been several times where I downloaded but held onto their episodes for several weeks before I got around to watching the movies first — and then listened to hear whether my thoughts aligned with theirs. Quite often, they offered insight into things I didn’t spot or backstories on the cast and crew.

It’s really the reviewers who are the targets of my scorn. I include in that group websites like Entertainment Weekly, E! Online, and others for whom speed (getting it out there first!) outranks scruples, and thus have no compunction about spilling the beans in their reviews. I don’t understand why you would want to spoil that experience for the public.

Particularly for movies or shows you’ve enjoyed so much you’re encouraging others to see, too.