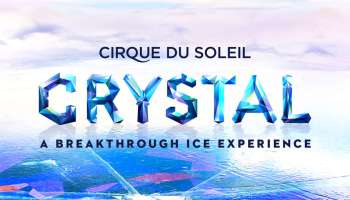 Here’s my conversation with Steven Bach, musical director for Cirque du Soleil’s first ice show, “Crystal” (which plays four shows at the Family Arena in St. Charles this weekend). We talked about the difficulty in mounting an acrobatic show on ice, where they put the band, and what it’s like to play a piano with 176 keys. We also discussed Bach’s career, which includes touring with such diverse performers as Andy Williams, Robby Krieger, and Stanley Clarke.