Some Pictures Aren’t Worth 1,000 Words 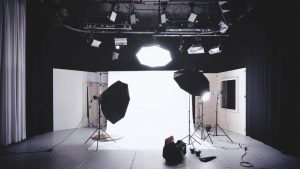 I wrote and originally posted this piece in June, 2000 and am re-posting it today because it’s one of my favorites…

I had a humiliating photographic experience the other day. I needed to get a new publicity photo taken, and was sent to Suzy Gorman, arguably the town’s top photographer, who has a studio in a loft at the top of a warehouse building downtown.

It looks like every photographer’s facility you have ever seen in a movie. Lots of open space, with music pulsating and a motif that screamed funky-but-chic. Exactly what you’d picture a cool, hip, bigtime photographer’s place to look like. This is not my world at all. It’s the kind of place where people know about fashion and read Vogue.

When I arrived, Suzy’s assistant told me it would be just a couple of minutes while she finished a session with another guy. So I sat and watched while she photographed – and I mean this in the most heterosexual way possible – the best-looking man I have ever seen in my life.

Picture this. He’s an African American guy who, as soon as you see him, you think, “If this guy isn’t a male model, then Pamela Anderson is all natural.” It turns out he is a model. He’s wearing a casual white shirt and easygoing white pants, and the photog puts him in various positions for different pictures. Every time he poses and looks at the camera, it’s perfect.

This guy was so good looking and so perfect, I said to Suzy’s assistant, “I have to follow this?” She replied, “Well, he’s a model, after all.” I know that, but I still have to be the next subject she photographs! In the world of pictures, I’m the before shot, and this guy is the incredibly-long-time-after shot in a plastic surgeon’s ad.

Couldn’t I come back on bald, middle-aged, fat guy day? At least then, I’d have a chance of looking good! It felt like Suzy looked at me after working with this perfect specimen and realized she now had a real project on her hands.

I showed her a couple of shirts and jackets I had brought, and she chose the ones that appeared mildly acceptable, and then she began applying makeup to my face. Every time I have to have this done – at a photo shoot, or a TV appearance – I always think, “I don’t know how women put up with this day in and day out.”

Especially that eye makeup. I’m squeamish about anything near my eyes. I can’t even watch someone put a contact lens in. And here Suzy is doing something with my eyelashes and it’s really close to my eyeball and I can’t help but look because she won’t let me close my eyes and I’m freaking out like Woody Harrelson at a free hemp farm.

That’s when I explained to her that this was pointless, that she was never going to get me to look like the model she had just been photographing. Suzy didn’t even pause one beat before responding, “Oh, I know!”

Eventually, she finished with (or became fed up with the attempt at) preparing me and we got down to the actual photography. Now, I only needed one good shot, and that will be my new publicity photo. I’m not working up a portfolio. I’m not trying to be the new underwear model for Dillard’s.

Mr. Gorgeous Guy passed the one-good-shot mark at precisely the second picture. Me, I required seventy frames of film exposed over a one hour period. There’s a reason I make my living with my voice and not with my face.

As we finished and I sighed in relief — so did Suzy, although she didn’t think I noticed — I saw the next guy who was waiting to have his session. I nodded at him, and he nodded silently back to me.

I knew what he was thinking: “Thank goodness I get to follow that guy!