SNL Then and Now 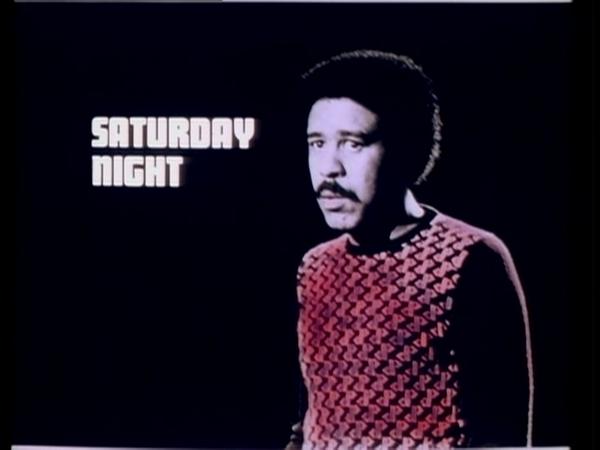 Last night in primetime, NBC re-ran the seventh episode of the series from the fall of 1975, hosted by Richard Pryor. This was a landmark show, in that it was the first time “SNL” was run on delay (Lorne Michaels told everyone on the staff not to tell Pryor because he’d freak out). Watching it, I was struck by how different “SNL” was then compared to the 40th season it kicked off later last night.

First and foremost was the now-legendary “Word Association” skit with Pryor and Chevy Chase, written by Paul Mooney, which I doubt would get on the air today, because it contained racial epithets (for both whites and blacks), including the n-word. Surprisingly, NBC allowed the sketch to air uncensored last night, and didn’t bleep the n-word when Pryor said it at least five other times in his monologues about druggies and alcoholics (two more categories unlikely to be portrayed on a modern “SNL” telecast).

Yes, Pryor did more than one monologue, which wasn’t unusual at that point in the show’s history when the host was a standup comedian (George Carlin did two extended monologues on the very first SNL show). Today, when someone like Louis CK is the host, he gets one standup opportunity after the cold open and then appears in a few sketches, but doesn’t get a solo spotlight again later in the show.

Pryor also appeared in the first-ever Samurai sketch with John Belushi, “Samurai Hotel,” written by Tom Schiller, and with Jane Curtin in a “Looks At Books” segment in which he played the author of “White Like Me,” who had used shoe polish to change his look while walking and talking like a white guy to see how the other race lived. Five years later, that skit was ripped off for an Eddie Murphy pre-taped segment with the exact same theme.

Later in the episode, Pryor was part of a very funny “Exorcist” parody with Laraine Newman as the possessed little girl, which unfortunately was not included in last night’s rerun (they cut the original 90-minutes down to fit a 60-minute slot). Instead, they ran a horrible Muppets sketch (no one associated with the show thought the characters Jim Henson created for “SNL” ever fit with the tone of the rest of the show) and a below-average Albert Brooks film (another regular feature that was dropped after the first season).

No reading off cue cards. For decades, it has seemed that no one on the show could memorize their lines, so they all read everything awkwardly off cue cards, which kills any chemistry between performers in a scene. On the vintage shows, either the cast was much better at card-reading, or they knew their material. And remember, the “SNL” cast in 1975 included only 7 regulars, who had a lot more to do than today’s cast, which is more than twice as large.

Dan Aykroyd’s mustache. I’d forgotten that throughout the first “SNL” seasons, Aykroyd kept his mustache, regardless of the character or impression he was doing (even his Richard Nixon had a mustache). Today, if you see someone in the cast with facial hair, it’s been glued on.

Musical guests. Although his songs weren’t included in the rerun, the musical guest that night was much less mainstream than the performers who appear on “SNL” today. Gil Scott-Heron was a soul/jazz singer/songwriter whose songs “Johannesburg” and “We Almost Lost Detroit” had gotten a little bit of play on college and (what were then called) progressive FM stations, but the vast majority of the “SNL” audience would not have heard of him at the time. That wasn’t unusual in the first season, when other musical guests included Loudon Wainwright III, Jimmy Cliff, Leon Redbone, and Betty Carter (along with more mainstream singers like Anne Murray, Neil Sedaka, and Abba). Today’s musical guests are chosen from the iTunes playlist of your average 14-year-old girl.

The title. The show was not yet known as “Saturday Night Live,” but rather “NBC’s Saturday Night,” because “SNL” was the name of a primetime ABC variety show hosted by Howard Cosell, with a cast that included Bill Murray, Brian Doyle-Murray, and Christopher Guest, billed as the “Primetime Players” (Lorne Michaels then dubbed his cast the “Not-Ready-For-Primetime Players” and eventually Murray, Doyle-Murray, and Guest joined the “SNL” team). When Cosell’s show flopped after 18 episodes, NBC picked up the “Live” name and ran with it into what is now its 40th season.