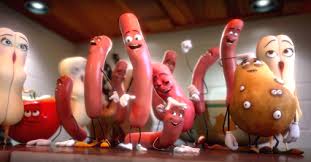 This week on the showbiz segment of my show, Colin Jeffrey and I reviewed “Sausage Party,” explained why there won’t be a sequel to the all-female “Ghostbusters,” and wondered why Hollywood is turning “Ocean’s Eleven” into “Ocean’s Eight” while rebooting “Mary Poppins,” “Bad Santa,” and “Splash.” We also discussed breaking news about the Netflix series “Making A Murderer,” why ratings are way down for the Summer Olympics, and which 1980s Steven Bochco series might be returning to television.