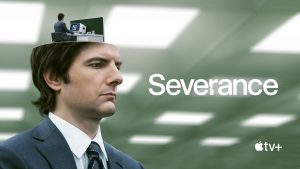 After watching a couple episodes of the new Apple TV+ series, “Severance,” I was intrigued. It stars Adam Scott as an employee of a mysterious company called Lumon, for which he agreed to undergo a surgical procedure that “severed” his work life from his home life. Thus, while on the job, he and his colleagues have no memory of anything that happened outside the building.

There’s a sterility to the Lumon office layout, and to the supervisors, including one played by Patricia Arquette with not a hint of emotion or expression. With John Turturro among the quartet of employees which includes Scott, plus Christopher Walken as a worker in another division, I thought the show would get moving after its slow start.

Unfortunately, that was not to be. By the time I got to the fifth episode, “Severance” started to feel more like “Lost.” It introduced new questions without offering any answers, including what these people were doing at Lumon in the first place.

So, sadly, I’ve severed myself from “Severance.” If only there were some way for my current brain to not remember the hours I spent watching it.