School Shootings You Didn’t Hear About 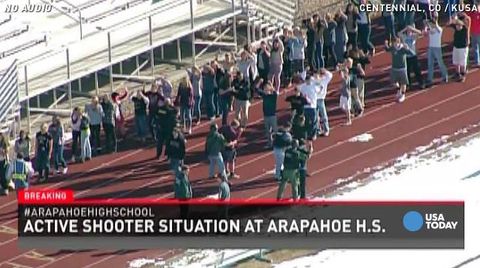 On Friday, life in Littleton, Colorado, was ruptured once again by gun violence at Arapahoe High School. It occurred one day before the first anniversary of the slaughter at Sandy Hook Elementary in Newtown, Connecticut.

You may think these incidents are rare , but they’ve happened more often than you know, because not all of them make national news. Brandy Zadrozny of The Daily Beast investigated to see how often gun violence occurred in schools in the year since Newtown, and shared her findings with me on America Weekend. I was stunned at the frequency, not just of students and adults being shot, but of kids carrying weapons to school.