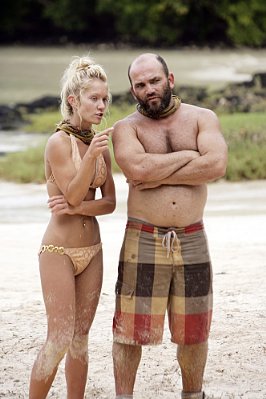 As a fan of “Survivor,” I was very disappointed in last night’s season finale.

This season was dominated by Russell, who was such a student of the show that he understood how to manipulate everyone and everything for all 39 days. He found three hidden immunity idols with no clues, simply by taking the time to look for them all around camp. He kept his gang of four together by promising each of them he’d take them to the end, and then worked the other tribe’s members so that, even when they outnumbered Russell’s team 8-4, he and his colleagues still beat them and made it all the way.

The problem for Russell in the end was the same one we’ve seen on previous seasons with players who are too clever and too good — the juries are made up of spiteful people who vote based on their own feelings rather than choosing who played the best game. The slogan of “Survivor” is “Outwit, Outplay, Outlast.” Russell did all of those, yet the jurors couldn’t see past their own wounded egos to recognize his complete dominance deserved the final reward. Instead, they gave the million dollars to Natalie, who did little besides ride Russell’s coattails. Despite the fact that she, like him, had voted every one of them out of the game, she wasn’t perceived as having done them harm.

That’s no way to play the game. Imagine a baseball player being denied the MVP because he stole too many bases, or a college football player denied the Heisman Trophy because his spin moves helped him elude tacklers. If the voters in those sports made their choices that way (and announced them publicly, as “Survivor” jury members do), they’d be laughed out of town.

Yet too many people go on “Survivor” to make friends and build lasting relationships. Russell understood that’s not what the show is about. It’s about saying and doing whatever you have to do to avoid being eliminated at tribal council. He didn’t break any rules along the way. In fact, he created new footprints that future players will follow. But much like Boston Rob, who dominated his season of the show but lost to nice-girl (and eventual wife) Amber, Russell had victory snatched from him by the wusses on the jury who simply decided to stick it to him out of revenge.

The experience they have for 39 days on location is distinctly different from the one we have over 13 weeks, but I thought that, by now, more “Survivor” contestants would understand that the admirable real-world qualities of honesty/loyalty/integrity are not what makes a great Sole Survivor. It’s interesting that the home viewers voted Russell the game’s best player this season, much as they did a few seasons ago for Rupert (who, like Russell, tried to turn things upside down by stealing other players’ shoes and supplies). As Richard Hatch proved when he set the standard in winning the very first season, you gotta do what you gotta do.

You could see by the look on Russell’s face that he knew he’d lost before Jeff Probst read the votes during the live finale. Any objective observer would have given him the million bucks. But, even during the final tribal council, he seemed to realize that his efforts had gone for naught because only a couple members of the jury were good enough at the game to recognize how and what he’d accomplished. Unfortunately, the rest cast their votes according to the rules of a popularity contest.

The next round of “Survivor,” which begins in February, will pit the nice-guy “heroes” vs. the manipulative “villains” of previous seasons. It’s unlikely that Hatch will be there, considering his history of legal problems, but if Russell is among the villains, it will sure make some interesting television — and perhaps his fellow “Survivor” veterans will tell him he played a helluva game.