Ronald Kessler “Secrets Of The FBI” 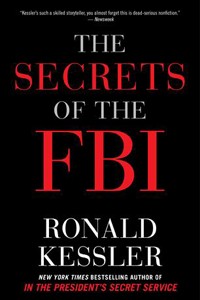 A couple of years ago, I talked to Ronald Kessler about his book, “In The President’s Secret Service

,” in which he was given unprecedented access to the agency and uncovered some disturbing things about cutbacks that could affect presidential security.

Kessler was back with me on KTRS/St. Louis to discuss his new book, “The Secrets Of The FBI

.” Once again, he was granted unprecedented access to a law enforcement agency and once again, he discovered some amazing stories.

Some of the topics we touched on: