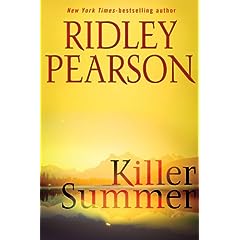 Ridley Pearson is one of America’s best crime novelists, a helluva storyteller, and part-time member of a band called The Rock Bottom Remainders (with Dave Barry, Steven King, Amy Tan, Mitch Albom, and other authors).

When we talked on KTRS/St. Louis, he told his story of attending Woodstock, which led to a discussion of which kinds of bands can give a good performance in a venue that large. Then we got into his latest book, “Killer Summer,” a heist novel revolving around a sheriff in Sun Valley, Idaho, and some bottles of wine that may (or may not) have been owned by Thomas Jefferson. We also discussed Ridley’s upcoming collaboration with Dave Barry — the fourth in their “Peter and the Starcatchers” series — and another soon-to-be-published book in his “Kingdom Keepers” series, for which he was allowed exclusive, behind-the-scenes access to Disneyworld.