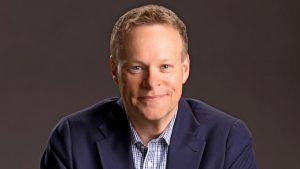 CNN has announced that Chris Licht will become the new person at the top.

He’s the guy who saved Stephen Colbert’s show and helped it rule late night, was the original executive producer of “Morning Joe” for MSNBC, and launched the reboot of CBS’s morning show. Today, he issued a memo to his soon-to-be-underlings, exalting their work on covering the war in Ukraine and expressing how excited he is to join the team and work with the brilliant people there.

As soon as I saw that, I had a media flashback. Having been through several company buyouts and executive changes, I’ve always warned colleagues that if the new boss says, “I wouldn’t have made this move if it weren’t for the people here,” you should immediately update your resume, reconnect with anyone who might hire you, and bring your LinkedIn account up to date. After all, it’s rare that anyone takes over a company with the mandate to keep everything (and everyone) the same.

Maybe Chris Licht will be different. But don’t be surprised if the editing bays at CNN are busy late at night with staff members updating their audition reels.