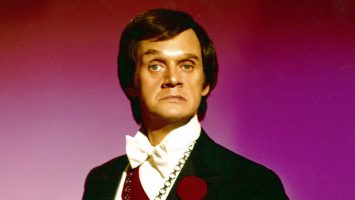 Three weeks ago, I wrote about the death of Johnny Thompson, one of the most revered names in magic. In addition to his decades on stage, he also worked behind the scenes with Penn & Teller, Lance Burton, Criss Angel, and so many others.

Not long after his death, there was a memorial service for Johnny held in the P&T Theater in Las Vegas. The whole thing was archived, and although I can’t embed it, you can watch it here.

A who’s who of magicians showed up — either in person or on video — to tell stories about Johnny, including Teller, David Copperfield, Lance Burton, Jamy Ian Swiss, Todd Robbins, Arsenio Hall, Jeff McBride, and Michael Carbonaro. The Amazing Randi even made an appearance, albeit in a wheelchair. You may not know some of the others, but it’s clear there was a lot of love in the room, an indication of how many people Johnny touched.

At the end, Penn was so choked up he could barely speak, so he had his daughter Moxie — who had taken private magic lessons from Johnny — say a few words instead.

The man’s legacy lives on in those memories.