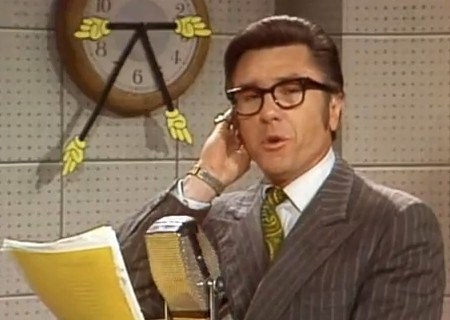 We have lost three legendary broadcast voices in the last year — Casey Kasem, Don Pardo, and now Gary Owens, who died last night at age 80. Owens had a long career in radio and cartoon voiceovers, plus his on-camera work as the announcer for NBC’s “Laugh-In” in the late 1960s. He also had a reputation for helping out young writers at an early stage in their careers. Two of them have written wonderful tributes to him. One is by Mark Evanier, the other by Ken Levine.