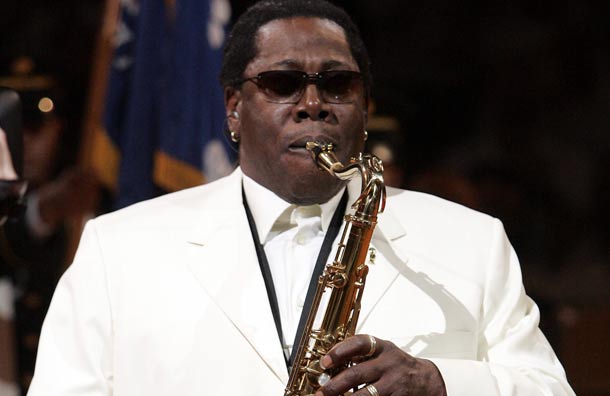 On hearing of the death of Clarence Clemons this weekend after complications from a stroke, I flashed back to the first time I talked to him.

It was Thanksgiving weekend, 1980. Bruce Springsteen and the E Street Band were performing at Madison Square Garden to promote their new album, “The River.” In those days, a Springsteen concert was a marathon affair, and on his home turf, this one stretched to over 4 hours. He interspersed stories with his songs, played what seemed like everything he’d ever written, and featured those long sax solos by Clarence that gave his music its unique sound.

I was the Program Director of WRCN, the rock station on eastern Long Island, and one of several radio people invited to both the show and an after-concert party thrown by Bruce’s label, Columbia Records. The party was held at the bowling alley at Madison Square Garden — a big surprise since I had no idea there was a bowling alley in that building.

At the party, I mingled with a few people I knew and watched as the E Street Band members came in to get a drink and some food and schmooze with some of the well-wishers. Some of them grabbed a ball and headed for a lane. Springsteen came in, but I never got close to him as he was mobbed by friends and music industry executives.

As I stood with a beer in my hand taking in the scene, I was suddenly aware of a presence just behind me. As I turned, I saw something huge and furry. My first thought — I’m not kidding about this — was that a moose or a bear had somehow gotten loose and entered the party. Then I realized that it was Clarence, wearing an enormous full-length fur coat. He looked like a giant, which is saying something considering I’m 6’4″, the same height he was.

He noticed my shock, extended his arm, and said hello. I pulled myself together and introduced myself, asking him if he was going to grab a ball and knock down some pins. He replied with a laugh, “Nah, The Big Man doesn’t bowl.” I told him how much I’d enjoyed the concert, and we made small talk for a few minutes before a crowd of people formed and he excused himself to greet some of the other party-goers.

A few years later, during the “Born In The USA” tour, I did the first of several radio interviews with Clarence and reminded him of that story. He said he remembered the party and the fur coat — but he still didn’t bowl.

There’s speculation about who will be hired to replace Clarence’s signature sound in the E Street Band. Bruce already had to find a new organist to take the place of the late Danny Federici, but he was never featured up front the way The Big Man was, so many fans never knew the difference. Clarence’s absence will be more obvious. It’s unlikely that the band would go sax-less on the next tour, since so many of Springsteen’s songs feature those soaring solos. Whoever it is will no doubt be a damned good musician, but it’s unlikely the crowds will take to him/her the way they did to Clarence Clemons nor will they have the same magical chemistry with Bruce.

And I bet they won’t bowl, either.

Here’s the transcript of a short interview I did when Clarence called my WARW/Washington radio show in 1997. The E Street Band was on a touring hiatus, so he was doing some acting on TV shows like “Nash Bridges” and “The Sentinel.”