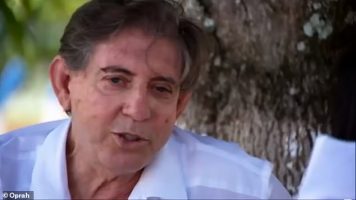 I was very upset when I read an article this week about John Of God. I’ll get to that news in a moment, but first some background.

John Of God is a supposed faith healer in Brazil who conned millions of people into believing he has divine powers to rid them of disease and all sorts of ailments. In 2005, ABC’s “Primetime Live” aired a one hour special about him, reported by John Quiñones, which included virtually no counter-arguments about the “miracles” this guy was allegedly pulling off.

I was so outraged by the broadcast that I called my friend James Randi, who I knew had been invited on the ABC show as the lone designated skeptic, but was essentially edited out of it — he was allowed a mere 12 seconds of airtime at the very end. He, of course, was apoplectic that the network had made him sit on camera for an hour but used almost none of his debunking of John Of God’s tactics, which were nothing more than sideshow tricks. The next afternoon, I had Randi on my radio show to discuss this debacle — I gave him the airtime that ABC hadn’t — so that we could both explain the con job that this guy in Brazil was pulling on millions of people, many of them desperate for real aid. You can listen to the audio of that conversation here.

One of the many things we agreed on was the ABC special would only increase John Of God’s popularity, and lead millions more people to believe he was helping people when in fact he was doing nothing of the sort. To make matters worse, Oprah Winfrey — that great promoter of pseudo-science and bullshit — devoted two episodes of her daytime show to John Of God in 2010 and 2012, thus multiplying the misery even further as a new group of faithful believers trekked to South America to be fooled by his nonsense.

One of the techniques that John Of God employed was “psychic surgery,” in which he said he could remove tumors and other internal medical problems without surgical equipment, merely using his hands. This is a scam that started in the Philippines, and was debunked by Randi in a demonstration on “The Tonight Show Starring Johnny Carson” in the 1980s…

While many of us in the skeptical community have spoken out about evil people like this (the list is too long, but includes Sylvia Browne and John Edward), we have been outnumbered by the media outlets that are too easily convinced that something paranormal is occurring and must be reported as fact. As Randi says, people who need actual surgery and/or medicines spend their life savings to go to these fakers, who do nothing to heal them, but send them home to likely die. You’d think that would weigh on their consciences, but they know that there’s always another desperate person waiting to part with their money in the hopes of some miracle cure.

Well, now we have a report that John Of God was doing more than mere trickery. According to The Washington Post, more than 300 women worldwide have accused him of sexually inappropriate behavior, from making them hold his penis to outright rape. Naturally, he denies all the charges, but turned himself in to the authorities on Sunday on suspicion of sexual abuse.

All the women brave enough to come forward were believers whose faith John Of God took advantage of. Many of them no doubt ended up in his clutches thanks to stories on TV (and other outlets) that un-skeptically repeated his claims as fact.

Shame on all of them — Quiñones, Winfrey, and too many more — today, and every day.