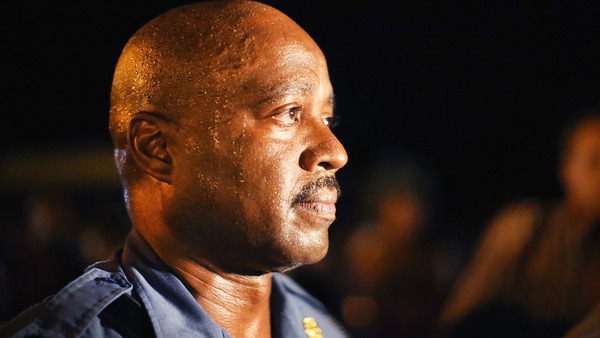 I haven’t written anything about the last week in Ferguson, Missouri, and the aftermath of the shooting of Michael Brown by Officer Darren Wilson, but I’ve been collecting a long list of thoughts on the subject:

The most amazing part of this story is that there’s no video of the incident. Last month, a plane fell out of the sky into an open field in Ukraine — and someone caught it on video. The shooting in Ferguson took place in the middle of the day, in the middle of a busy street, in a populated area. How could that go un-recorded?

This case screams for every police car and/or officer to have a video unit recording everything they do and everywhere they go. In towns where those units are used, complaints about police brutality have dropped — and the cops got better evidence to use against suspects. Ferguson does have two such video units, but they haven’t been installed yet. It’s a shame there wasn’t one on Officer Wilson last Saturday, for it might answer a lot of questions.

Without that video, none of us knows exactly what transpired between the officer and the teenager. So far, three witnesses have said that Wilson shot Brown while he had his hands up and was unarmed. The police say that Brown attacked the officer in his patrol car and tried to get his gun. Would a witness who agrees with the police story ever come forward in Ferguson? Not likely, unless they planned on leaving town. Forever.

Optics are important: It was a good move to put Missouri Highway Patrol Captain Ron Johnson out front as the public face of police — not just because he’s black, but because he’s from North County. I’m not saying he’s done everything right, but his tone and approach are very different from what the white men who run the police departments in Ferguson and St. Louis County have been doing and saying publicly. If things go well, you’re going to hear Ron Johnson’s name in positive terms for a long time, and I won’t be surprised if he ends up in political office at some point.

Ferguson Police Chief Tom Jackson may or may not be a good cop, but he’s a horrible communicator. He proved it Friday by releasing Officer Wilson’s name and the surveillance footage of Michael Brown in the convenience store without notifying Captain Johnson or Governor Nixon. Since they were by then heavily involved in keeping Ferguson secure, they should not only have been notified, but should have been standing with him at the press conference at which he made the announcement. Perhaps Jackson was afraid that they would talk him out of revealing the convenience store robbery story, which he wanted to release to take some of the heat off of Officer Wilson — he claims it was because of media FOIA requests, but there was nothing impelling him to make that information public so quickly.

Since Chief Jackson later admitted that, at the time the officer encountered Brown in the street, Wilson didn’t know Brown was a suspect in the robbery, what difference does it make? Of course, in that encounter on the street, Brown also didn’t know that Wilson wasn’t stopping him for the robbery, and that may have played a factor in what did go down. Regardless, stealing some cigars from a store is not a criminal act worthy of the death penalty.

One of the most disturbing images to come out of Ferguson this week was the military-like presence of law enforcement on the streets of an American city, complete with tanks, SWAT snipers, rubber bullets, tear gas, and mine-resistant vehicles. I’ve lived in St. Louis County for 15 years and have never heard a story involving a mine or an improvised explosive device in this area. This isn’t Fallujah, after all. But those officers looked more like soldiers ready for war. And why were they wearing camouflage on Wednesday night? There’s not a lot of dense vegetation in Ferguson for them to blend in with.

Part of the back story in Ferguson is the way it (and other small municipalities among the 93 in St. Louis County) uses traffic tickets as a major income stream. There are some cities whose police force only exists to hand out tickets on I-70, I-55, and I-270, so it can justify its own existence and bring cash into the city’s coffers. That means pressure on officers to make more stops and write more tickets, and the racial dynamic of a majority-white police department vs. a majority-black population absolutely affects who gets stopped and ticketed most often in those towns.

My wife and I went out to dinner Thursday night to celebrate our 31st anniversary, and while the meal was wonderful, we were surprised that the restaurant wasn’t even one-third full. I asked the manager and a waiter if the place was struggling, and they both told me that, no, they’ve been pretty full, but business had dropped off this week due to people being afraid to go out because of the Ferguson story, a complaint they’d heard from other restaurateurs in various parts of town, as well. That’s part of the collateral damage of this story — the way it’s affecting businesses more than 10 miles away, in an upscale part of town. If there’s a fearful reaction here, what must it be in other parts of the country (and world) when they see these images from Ferguson all day and night on newscasts and Twitter? This story may have a rolling impact for months to come if it keeps visitors from coming to St. Louis — including St. Louisans.

I feel for people in Ferguson who are not part of the story, but are being affected by it nonetheless. Imagine having to keep your windows closed on a beautiful summer evening — which we had for most of the week — because the smell of tear gas is wafting through the air every night. It was so bad that people in Gaza (!) were tweeting advice on how to deal with tear gas to residents of Ferguson. I wouldn’t be surprised to hear that several of them have decided they’ve had enough and want to move somewhere else, but what has all of this done to the value of their houses? Think you could sell your property in Ferguson for anything approaching a reasonable price now?

On the positive side, there have been lots of volunteers stepping in to help clean up the mess made by both looters and protesters. They’re out there everyday with brooms and trash bags, picking up the pieces of their city and trying to show the world that the Ferguson they see engulfed in smoke and police lights in not a true picture of their hometown. And kudos to the businesses that have welcomed reporters by giving them drinks, food, electricity, and wifi to help tell their stories — even when the result may be a negative impression of Ferguson.

One thing the Ferguson story didn’t need was outsiders getting involved. There was no need for Al Sharpton to show up and make his usual noise, just as it wasn’t helpful when the Missouri chapter of the KKK said it was raising reward money for the officer. I’m sure Darren Wilson’s response was something like, “Oh, please don’t. I have enough trouble right now.”

There are still plenty of unanswered questions:

Bob Dylan once wrote, “The answer is blowing in the wind.” Unfortunately, in Ferguson, the wind smells like tear gas.

Read more of my thoughts on Ferguson here.