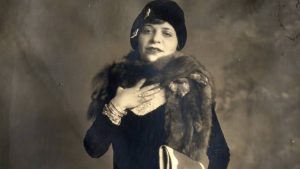 Over the weekend, “CBS Sunday Morning” ran a sweetly nostalgic piece about Polly Adler, who ran a whorehouse in New York a century ago and was well known by the city’s elites. The spark for the story came from a new biography of her that’s just been published. Can you think of any news outlet that has ever done a similarly positive story about a pimp?

Pundits are always proposing fail-safe methods for politicians to attract swing voters. But the question should really be, “How can I get these uncommitted morons who fall for unbelievable levels of nonsense — from the GOP’s campaign ads, outright lies, and purposeful disinformation — to stop voting against their own best interests?” You can’t. The American electoral system at every level depends on the decision-making skills of idiots.

Here’s a curriculum I’d like to see every school adopt: Critical Thinking Theory.

My friend Mark Evanier makes a great point about the Alec Baldwin accidental shooting story. He says gun use on every movie shoot would change instantly if the companies that insure or bond the productions refused to sell them policies unless they banned all real firearms and ammunition from the set.