“Those who know don’t talk, and those that talk don’t know.” — Justice Ruth Bader Ginsburg on media prognostications before the Supreme Court’s ruling on Obamacare was announced this morning.

The pundits were wrong en masse, but none of them will be held accountable. I don’t mean the ones who thought the health insurance mandate should be overturned, but those who proclaimed it would be. They were wrong, yet you won’t hear many of them admit it. Being incorrect is not a disqualifier in Punditry World, but apologizing makes you look weak, and that’s not allowed if you want to continue to get the call from TV news bookers. 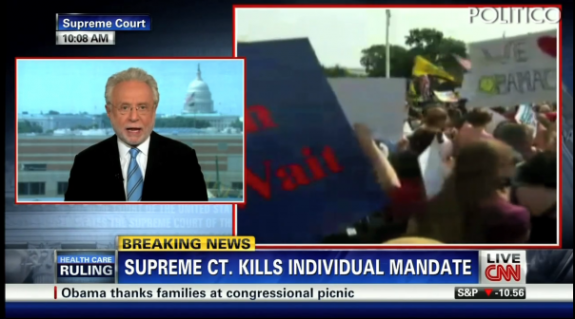 If could have been worse — they could work for CNN, which this morning was first to report that The Court had decided that the mandate was unconstitutional. Only problem was that the court decided exactly the opposite. In its zeal to be first, CNN had once again forsaken accuracy, a slightly important component of being a news organization. The Twitterverse quickly picked up CNN’s report and spread the misinformation globally within seconds. Somewhere in his grave, Frank Reynolds was shouting, “Let’s get it nailed down…somebody…let’s find out! Let’s get it straight so we can report this thing accurately!”

Fox News Channel blew it, too, probably because their pundits and agenda-runners were 100% sure their team couldn’t lose… 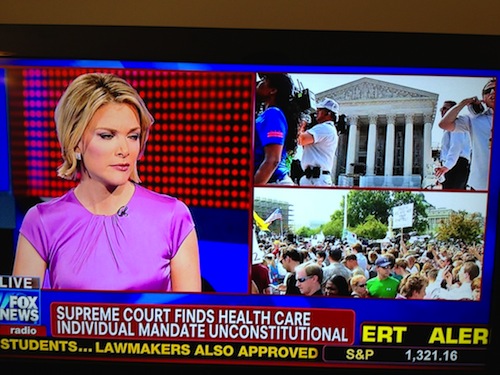 The ones who got it right were the folks at SCOTUSblog, which is the resource most of us in the media used to quickly understand what The Supremes had said. Unlike CNN, SCOTUSblog took the time to read and parse the decision and then gave it to us in plain English. Kudos to editor Amy Howe and her team.