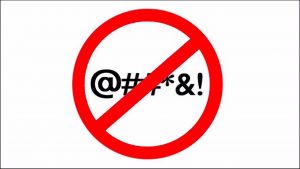 French President Emmanuel Macron used the phrase “piss off” last Wednesday, and the NY Times won’t stand for it.

Thursday’s print edition included an article headlined, “Using Vulgar Language, Macron Issues A Challenge To The Unvaccinated.” The wording was changed for the online version, deleting “vulgar” and substituting “harsh.” But later, it reappeared as “vulgarity.” So, what did Macron say? Merely that he wanted to “piss off” millions of his citizens who refuse to get vaccinated by squeezing them out of the country’s public spaces.

Good for him, but shame on The Times for focusing on a phrase that’s not even minimally offensive instead of the way the leader of a nation is handling a health crisis that’s killing thousands of its citizens. I could stand more of that in our own country.

I’m reminded of the church lady radio station receptionist who nearly had a fit when I said, “Goddamn” during my show. She came in during the next commercial break, an ashen look on her face, to ask me, “Did you just say G-D on the air?” I was so stunned at the question, I thought she was playing some sort of game involving the initials of a famous person, but I couldn’t think of who she might be referring to. Then I realized what she meant, and I didn’t make matters any better when I replied, “No, I didn’t say G-D. I said goddamn.” She nearly had a heart attack as she retreated from the studio to her perch in the lobby, where she never said another word to me. I looked at my colleagues in the studio, who all shrugged, and we went on with our day.

By the way, not a single listener, nor our fairly religious boss, ever mentioned the incident to me.

The FCC long ago ruled that George Carlin’s magic seven words were out of bounds, and I managed to do forty years of radio shows without uttering any of them into the microphone. But in a world where so many of us consume content from media outlets that are outside the authority of the federal government (i.e. streaming, cable, podcasts, social media), the reins are much looser because consumers accept a much broader vocabulary than ever before.

As for the NY Times, its editors must not consider “piss off” to be too risqué, since the paper printed the phrase twice in that article!