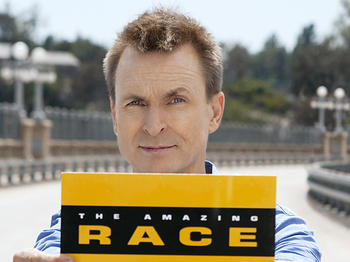 Phil Keoghan returned to my radio show to talk about the 29th season of “The Amazing Race,” which debuts in a new time slot, Thursdays at 9pm CT, on March 30th on CBS. The show (which has won 13 Emmy Awards, including 7-in-a-row for Outstanding Reality/Competition Program) is trying something new this time — the two-person teams won’t have a pre-existing relationship as they have in previous seasons. I asked Phil about that, as well as: