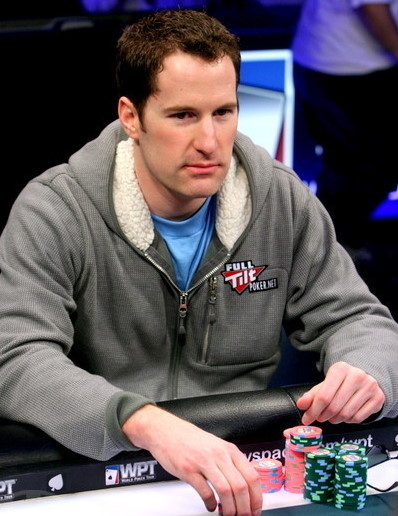 Congratulations to Pat Walsh, a St. Louisan who just finished fifth in the LA Poker Classic main event, earning over $340k. Everyone here has known for a long time that Pat’s a helluva player, and no-limit hold’em isn’t even his best game — he’s an unbelievable pot-limit Omaha player with a national reputation. Since this was a WPT event, you’ll see Mike Sexton and Vince Van Patten talking about him when the final table airs in a few months.

Pat joins a group of guys who have been representing St. Louis very well in big tournaments for a couple of years: Dan Nassif (9th in the 2006 WSOP main event), Kyle Koechner (two final table finishes at the WSOP last summer), Pat McMillan (won a PLO event earlier at the LAPC), and of course, Dennis Phillips (3rd at the WSOP main event in November).