Over Three Decades Of Whiskers 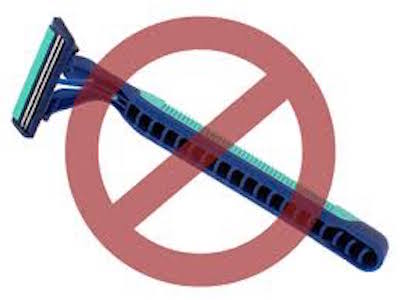 As I looked in the mirror this morning, I realized that I haven’t been clean-shaven for 35 years — which means my wife has never seen me without a beard. In fact, she insists that I never cut it off.

The last time I was whisker-free was when I was fired from my first radio job at WRCN/Long Island in April, 1981. I had never gotten into the habit of shaving before that, sporting a beard from whenever it started growing in high school. But that day, I was so upset at losing the job I’d held for three years that I went home and shaved it all off.

That lasted two weeks. I couldn’t stand the drudgery of shaving every day — which I had to do, because my beard was coming in dark and quickly (which sounds like a line from a bad crime novel). So, I let it grow back while looking for another job, and by the time I’d settled in as the nighttime jock at WHCN/Hartford a month later, it was as if I’d never cut it off in the first place.

A couple of years later, I moved to morning drive, and that’s when the value of the beard really became apparent. I was getting up at 4:30am, and didn’t want to give up any more valuable sleep just to make my cheeks hairless. It was the same policy I applied for the next 15 years of doing morning radio, similar to choosing to live close to the radio station — after all, every mile away was another minute of dreamland I had to sacrifice.

In all my bearded years, I have always kept it close-cropped. I can’t have a big overgrown mustache, because I can’t stand the feeling of whiskers going up my nose, so a simple trim twice a week keeps things clean and manageable. I don’t want to grow it out like a member of ZZ Top because it’s too much maintenance. I couldn’t do a poorly maintained beard because I’ve seen too many guys with long, mangy, dirty beards stained by cigarettes or with flecks of leftover food in them. Disgusting. In college, I had one suite-mate whose beard was so unkempt that he once found a loose joint in there — while showering.

There was a point in my career when I thought I wouldn’t get a job because I had a beard. It was the late 1990s, and WMAL/Washington wanted me to be the primary fill-in personality. In drive-time, there were two hosts on each show, and they’d all been there so long that they’d each accrued about 8 weeks of vacation each year. Add in another month of relief for the evening host, and it amounted to lots of airtime — in a union shop for good money.

There was only one problem. WMAL had been owned by ABC, which was bought by Capital Cities, which was then swallowed up by Disney. That corporation had a policy of no facial hair for “cast members.” It was ironic that the rule had been started in 1955 by Walt Disney, who had a mustache, but wouldn’t allow anyone else who appeared in public on behalf of his company to have one. It’s said that he did it to differentiate his theme parks from traveling carnivals by making his employees look cleaner and whisker-free — it was all about image, and it extended to the broadcast arm of ABC. That policy wasn’t changed until the early 2000s, when Disney started allowing mustaches, and then again in 2012, when it okayed beards and goatees.

So, how could WMAL hire me in 1998? Would I have to shave my facial hair off? I asked the program director, John Butler, whose response was perfect: “As far as I’m concerned, you’re not appearing in public, you’re just hosting a radio show, so no one will know.” Of course, I’d been in the DC market for a dozen years and most of the town knew what I looked like from TV commercials, print ads, and hundreds of personal appearances. But when it came to Disney hierarchy, his attitude was Don’t Ask, Don’t Tell.

So I didn’t. The beard remained in place — and still does.