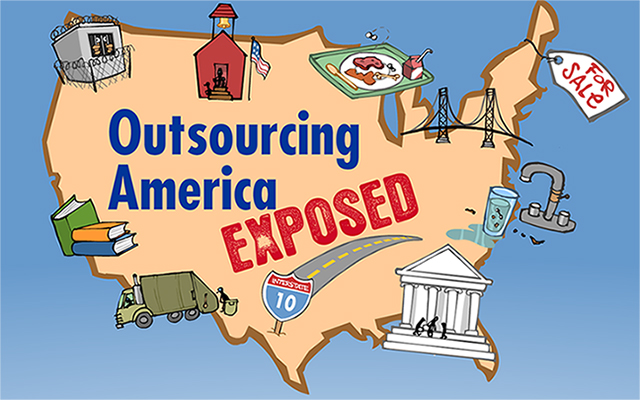 Did you know there’s an education administrator who gets $19 million from taxpayers like you? That’s the big reveal in my America Weekend conversation with Brendan Fischer of the Center For Media And Democracy, which has issued a report on the highest-paid government workers in the US.

There are no actual teachers on that list, nor nurses, nor cops, nor firefighters, nor any of the public-sector workers who have come under attack in the last few years, with their right to collective bargaining restricted in states like Wisconsin, their promised pensions whittled away by states under economic pressure, etc. To the contrary, these high-income earners are the CEOs of companies that our public sector jobs have been outsourced to. I don’t begrudge anyone the opportunity to get a big paycheck, but when it comes out of taxpayers dollars, extra scrutiny must be applied. In the case of this CEO, his online education company is paid huge sums of money — and doesn’t get the job done!