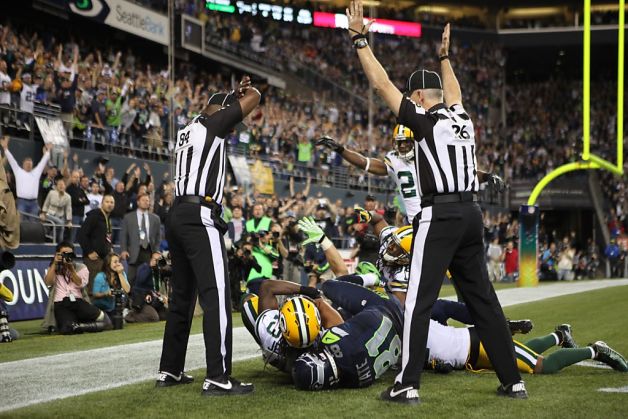 Remember the climactic moment of the Packers-Seahawks game in week 3 of this NFL season, captured in that classic photo by Otto Gruehle? It was the play with the controversial call by replacement referees that brought so much embarrassment to the league that the NFL was forced to negotiate an end to its lockout of the regular refs quickly enough to get them back in action three nights later. In the latest issue of Sports Illustrated, Ben Reiter talked to several of people involved in the ruling on the field and in the booth, and comes to the conclusion that the play was much more confusing than it seemed to the average (and outraged) viewers — and the refs got it right.