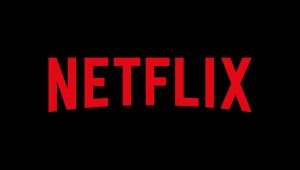 No, this is not about the Dave Chappelle controversy, about which I have nothing to add that hasn’t already been said elsewhere.

Last night, I went to a press screening of “The Harder They Fall.” It’s a movie I was looking forward to, because it stars Idris Elba, Regina King, LaKeith Stanfield, and Delroy Lindo (who I thought should have been Oscar-nominated this year for Spike Lee’s “Da 5 Bloods”).

Unfortunately, when I arrived at the theater, I was told there had been a screwup involving Netflix, which is distributing the movie. The company had put in place strict COVID protocols for all attendees: we had to have been vaccinated and have had a negative PCR test result within 48 hours of the screening.

Wait, what? I was okay with the first, but hadn’t even been told about the second. Moreover, I don’t know of any business requiring both the jabs and the swab.

I wasn’t alone. Another member of the press was standing there as shocked as I was that we weren’t being allowed in, while some of our colleagues had been sent the test packages late last week and been cleared for entry.

I asked, “What, are they afraid I’ll give the movie coronavirus?” No, I was told, it was for the protection of everyone else in attendance. I’m sure if Delroy Lindo had been there, he would have phrased a response thusly: “That is BULLSHIT!” Especially since my fellow reviewers and I have been attending screenings of other movies for the last couple of months. We all wear masks, and because there aren’t many of us and the public isn’t invited, we spread out and don’t sit close to each other in the first place. Plus, did I mention I’m fully vaccinated?

But, I didn’t raise my voice or make a stink because I know the PR person giving me the bad news felt bad, and it wasn’t his fault. This was a bad decision made at a much higher pay grade, so yelling at him wouldn’t accomplish anything. Though I was disappointed, it only meant I’d wasted an hour driving to and from the theater. I headed home and watched the Bills-Titans game instead.

So, I won’t be able to review “The Harder They Fall” this week, but I’ll check it out when it premieres on Netflix on November 3, and post a review here the next day. I hope it’s worth it.